One massive dose of smut.

Here is one uber round up of my various antics over the past few weeks...

Club Pedestal on September 24th was fabulous and it was very good to see new house slaves there from the slave training two weeks previously.


Both the Night of Venus and the Erotica HMS Boat Party events were a lot of fun. For the latter, it was a novel experience for me to play on anything other than land! Myself and Ms Tytania were charged with the task of overseeing the dungeon. We must have played for at least 5 hours out of the 7, though it seemed to fly. Partly as the number one subject of our cruel and unusual ways was also the creature who comes to clean both of our respective houses. So you see, some doms do play nice and share their toys. 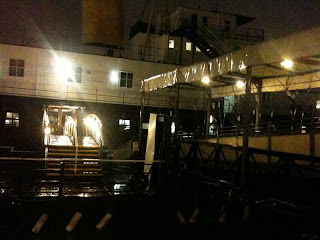 Within the London Fetish Fair on Sunday October 10th there was a lot more play going on than is usual (always a good thing), which seemed to be done to the new layout of the dungeon. Although within the same room, a few special touches have made it feel more like a more intimate and private experience.


Myself and the ever lovely Fetish Liza shot on Thursday 7th in my dungeon, the results of which should be appearing on her website in parts within the next few months. The shoot involved a lot of strap on and rubber action, two of my favourite things! Here is a quick images taken of my thigh highs during a break from said day. 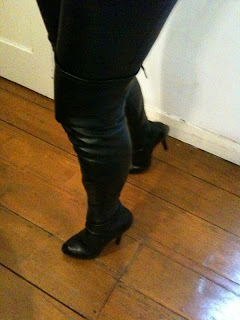