No rest for the wicked, again.

One is looking decidedly rough after a show on TVX last night! I spoke to a few rude and ill mannered so-and-so's, but on the whole, you were a good bunch this time. Mistress is proud of her perverts. Hello to Slaves David (get that toy to hand next time!), Tony, B and Roger : )

Talkers & listeners would have learned of a newish toy, named Valeria (so called after a character in Conan). I tend to name all my strap ons, being the humerous sadist. Fancy a go of Little Miss Tinkle, for beginners? I have just sorted through one of my delightful toy boxes, and will be resurrecting some old demons! 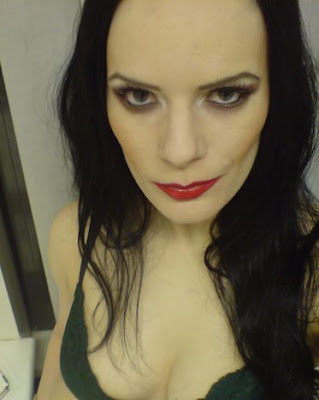 As I've been doing a lot of travel this month, it's given me time to read - I'm currently halfway through Terry Prattchet's Nightwatch (yet again)

Plans are underway in the dungeon to install a few webcams. I sense an evil grin approaching...And also, I'll be bringing my box of toys to a shoot with Fem Dom Films on February 1st. Rebekka Cat is pleased....A whole day of flogging, whipping, busting, and sodomising! Just like every Monday...

Speaking of which, I have some spaces left for domination sessions on these dates:
January: Wednesday 28th
February: Monday 2nd, Friday 6th, Tuesday 10th, Tuesday 17th