The 23rd-25th was spent shooting in Geneva, and I now have rather a lot of images to edit... the weather was expected to be cold, but was pleasantly surprised when the days were filled with sun. Lunch outside in the photographer's huge garden in catsuit was a nice factor. The sweat dripping down between the folds of the material can be an interesting sensation. 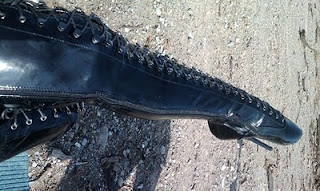 This was the first time I've worn ballet boots, and it felt wonderful to wear them. We shot a set beside a quarry, with huge felled trees everywhere. 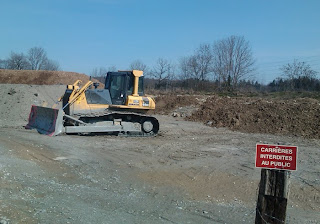 Behold a bulldozer. The plan of action was to shoot a catsuit set ending in nude, but the arrival of the workmen caused the plan to revert 'a fashion shoot'. Apparently the people of the area don't think much of singular happenings, but there were a few requests for pictures! 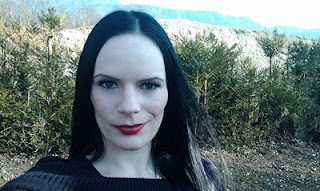 The scenery was beautiful. The next time I go I intend to spend an extra day to explore the city. This is the view of the mountains from the garden. 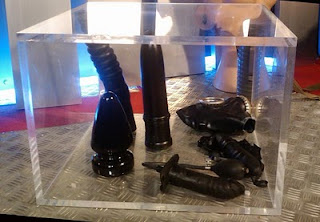 This is just a tiny sample of the vast array of toys to be found in the studio. Hours could have been spent investigating the collection, but all the dressing and the wizzardry of the make up artist took up most of the time - especially in the case of heavy rubber.
Posted by Rebekka Raynor at 7:24 pm